In September 1957, the “song and movie entertainment magazine” Heibon published this “popular song cartoon” (kayō manga) titled “I Am Waiting” to tie in with the release of an upcoming Nikkatsu youth film of the same name. The film starred Ishihara Yūjirō, the singer-actor pictured at the bottom left—the only photographic element on the page. The cartoon derives its title from a sentimental ballad by Ishihara released in February 1957. He had achieved some notoriety as the protagonist of the most widely discussed “sun tribe” (taiyōzoku) film of the previous year, Crazed Fruit, but at this point, he was known for his songs as much as his films.

Ishihara Yūjirō’s image appears in this cartoon titled “I Am Waiting”—which, along with its captions, is a paratext for a film of the same name starring the actor.
Source: “O-konomi kayō manga ‘Ore wa matteru-ze,’” Heibon, September 1957.

The lyrics at the top right of the page are subtitled as a “parody song” (kaeuta) of the original. It follows the meter but changes the meaning from lachrymose longing for a vanished love to a song about the singer’s sadness that a young woman he just met will not be able to find his address. The text along the side of the double-page spread instructs us on how to read the cartoon: Like a game of sugoroku (something like snakes and ladders), in which the female character in the striped dress overcomes a series of absurd situations until she is finally able to meet the burgeoning star.

These labels are “paratexts.” Though not a part of the cartoon itself, they act as a frame or “vestibule,” communicating the intention of the cartoon to its reader. Gerard Genette introduced the term, pulling together an existing discussion of various elements of literary works that were not themselves the “text.”[1] Genette’s discussion was heavily influenced by the turn from structuralism to poststructuralism in France. He drew on semiotics to codify the rhetorical elements of books as well as literature while paying particular attention to the paradoxical or ambiguous nature of some of those elements—such as the paratext, which is neither the text nor something that any text can ever be free of.

Genette distinguished between two elements of the paratext: the “peritext” that was part of the book itself (the title, the cover, the foreword, and so on) and the “epitext” of external texts that nonetheless served in some way as a “threshold” to the text for many readers. Examples of epitext include the literary review or the general discourse on author and genre. As Genette noted in Paratexts (1997), his interest lay entirely with French literature, in particular with epitexts. Even after the work was translated into English, the concept of paratext was used mainly in literary studies to analyze the textual apparatus of older works. However, in the last decade or so, the term has spread into cultural studies as a means to name and analyze the various intertextual elements that engage audiences with popular cultural products, such as films, television shows, and even star personae. Perhaps the most influential of these works is Jonathan Gray’s Show Sold Separately: Promos, Spoilers, and Other Media Paratexts (2010).

Gray, along with Genette and Roland Barthes, emphasizes that texts and paratexts are linked by a shared textuality. Rather than treat “the text itself” in isolation, he recognizes that such a concept is always extended in time and space by advance publicity and retrospective criticism and, increasingly, by the nonprofessional discourses of fans and/or antifans. Initially, paratexts were given a low status—as advertising, hype, or merchandise—but Gray insists on paratexts as meaning-making apparatuses, valuable for study in their own right. While most of his book deals with producer-generated image-based paratexts (posters, trailers, and DVD extras) of films and television shows, he also includes toys and games as well as gossip, discussion, and speculation as user-generated paratexts. Clearly, this interest in “off-screen studies” has something in common with the long-standing engagement with actual audiences and meaning making within cultural studies and reception studies.[2]

Although Genette’s interest in authorial intention (the texts’ “illocutionary force”) and Gray’s emphasis on material texts might seem to downplay actual audience practices, the term paratext seems particularly suited to the recent attention to “participatory culture” (Jenkins 2013), in which it is no longer clear whether agency lies with the audiences that participate in creating new works around existing franchises or with the copyright holders that allow for such activity in their production plans. Indeed, one might ask whether such a distinction between capitalist production and resistant reception can even be maintained.

The remainder of this essay will explore the significance of thinking about popular culture and film through the concept of the paratext. Rather than consider the paratexts most directly focused on steering the interpretation of feature films and television programs (such as reviews and advertisements), I will focus on that most nebulous of popular culture categories: the star, or celebrity, persona. The concept of paratext allows us to understand the dual-edged nature of stardom (produced by paratexts yet reworked by audiences) described by Richard Dyer, P. David Marshall, and others. The example of Ishihara Yūjirō reveals the long history of image, sound, and written paratexts in the culture of publicity in Japan.

Richard Dyer (1979) described the “star image” as a kind of paratext, made up of various texts around the film performance that constructed the social sense of the star. Drawing, like Genette, on earlier work on semiotics by Roland Barthes and others, Dyer emphasized the paradox of stardom: Audiences know the “image” is constructed but at the same time are heavily invested in its “rhetoric of sincerity or authenticity”—supposed access to what the star is really like (Dyer 1986, 10). This is the fantasy that Heibon sold in Japan: real contact with the star, which is dramatized in the cartoon as the tribulations of actually reaching him.

Heibon specialized in paratexts. It sold over 1 million copies per month (one of the two or three highest-circulation magazines in Japan) by bringing stars close to fans through pictorials (gravia), staged interviews suggested by fans (kibō taidan), popularity polls, and fan goods such as the stars’ face on photographs and hand towels. Heibon achieved its national circulation through postal subscriptions: Star introductions always included their addresses and invitations to send fan letters; the fan goods always included the cost of postage as well as the price.

Yūjirō first appeared in the pages of Heibon as a commodified personification of the dangerous new masculinity advertised by the “sun tribe” films. He posed in color gravia as a “speed king” on a motorbike, but also as a fan of Bireley’s orange drink, a taste that he shared with his costar, and later wife, Kitahara Mie. As his celebrity increased, his persona was carried through image, sound, and writing. His face, and his body in particular, was foregrounded in paratexts such as film stills and posters, as well as on the covers of the Nikkatsu studio fan magazine Nikkatsu eiga (fourteen times from 1958 to 1962), Heibon, and the other major entertainment magazine in Japan, Myojo. He appeared on over thirty covers in 1958 alone and was also featured heavily in the new men’s style magazines that emerged in the 1950s, such as Men’s Club in April 1958. In fact, Yūjirō was something of a fashion icon: He was the first male star known for wearing jewelry, thereby fulfilling one of the functions of stardom as a “consumption ideal.”

Yūjirō’s writings included the thirteen essays he wrote for the Sunday mainichi magazine, which formed the basis of his first autobiography, published in 1958, when he was twenty-three years old. This textual “voice” was also prominent in the written “conversations” (taidan) with other stars in Heibon. These taidan, which could also be heard on Heibon’s radio show, emphasized his strikingly new way of speaking (his use of now-common words such as “yabai” were glossed for readers). Indeed, it was Yūjirō’s voice as much as his image that formed the paratexts that made his celebrity ubiquitous and appealed most directly to fans. The reverb applied to deepen Yūjirō’s relatively light singing voice was a common technique at the time, and the close-miked recording style served to amplify the intimacy with fans that made him popular in the regular stage greetings (butai aisatsu) at the premieres of his films. His early songs featured spoken sections of his cleaned-up yakuza-style speech, while the early records included seductive passages between the songs in which he spoke to the listener, as if on a virtual date. He also spoke directly to fans on the three radio shows that he hosted between 1957 and 1959: The Ishihara Yūjirō Hour; You’re Cool, Yu-chan; and The Man from Across the Sea. From 1959 onward, he also found another way to mediate that vocal ubiquity: cheap, pressed plastic “sonosheets” (for playing on phonographs) that recorded personal greetings and were included in fan magazines.

By 1960, four of the top six films at the box office starred Ishihara Yūjirō. The “Yūjirō mood” combined romance and freedom, a lover (nanpa) and fighter (kōha) who paid sentimental attention to girlfriends and family while asserting his masculinity and “treating expensive things casually.” This mood belonged to the audience as well as the star, a “double hermeneutic of intention and reception” (Marshall 2014, 75) in which celebrity is constructed as well as the site of a negotiation between audiences and the social. Yūjirō’s affective “public subjectivity” as a “hyperindividual,” characterized by the freedom to transgress social rules (ibid., 70, 59), allowed audiences to imitate his swagger and his fashion sense, and to imagine his transgressive but sentimental presence in their lives. This persona, and the fans participation in it, was mediated not only by Yūjirō’s song and film performances but by the visual, sonic, and scripted paratexts that framed them.

Consider again the “popular song cartoon” in Heibon above. If the lyric and the sidebar serve as paratexts to the cartoon “text,” then we must also recognize that the cartoon itself is a paratext to another text: the upcoming film. More than just an intertextual joke, the cartoon refers back to Ishihara’s first hit song, in which he pines for a lost lover, and forward to the film, in which the object of his pining has shifted to a lost brother, who supposedly had emigrated to Brazil but instead had been killed by yakuza. At the same time, it is difficult to call even the film the main “text” of which the cartoon is a paratext: Its moody romanticism was not simply the property of a narrative but also part of Yūjirō’s star persona. In his first scandalous films he performed a dangerously foreign sexuality, but throughout 1957 Nikkatsu sought to transform him into something more romantic. The “text” in this chain of thresholds is not a song or a film but a star persona—or even the “mood” that those texts enabled in the audience. Perhaps we can claim it for another kind of paratext—a framing—of the particular relation of the “bringing close” of the fan and star that was generated by Heibon and the publication culture of celebrity in general.

Klinger, Barbara. 2006. Beyond the Multiplex: Cinema, New Technologies, and the Home. Berkeley: University of California Press. 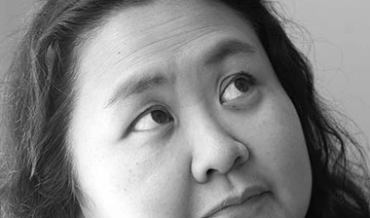 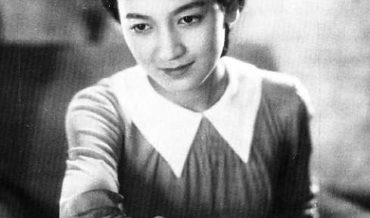 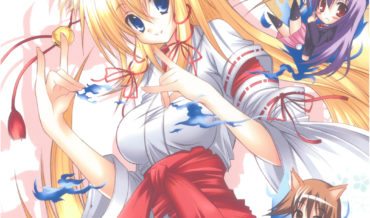