In Japan, popular culture centered around idols and talents is the product of its distinct organizational structure. Talent agencies (jimusho) are integral in producing these performers’ careers and managing their promotional activities. The Japanese term jimusho refers to a private company that provides management services to entertainers and celebrities. While the term “talent agency” is one way to translate this term, it fails to adequately convey the full meaning of jimusho as it is used in the Japanese entertainment industry. The scope of the functions performed by jimusho far exceed brokering arrangements between entertainers and media content production units. In short, jimusho enable aspiring and rookie entertainers to become stars. Their work includes scouting for talent, arranging for auditions, providing training, pitching entertainers to industry leaders, and negotiating contracts. As they accrue popularity and attention, Japanese talent (tarento) extend their presence across the media mix, including singing, acting, television, and advertising.

This system is not entirely unique to Japan. In the early twentieth century, the Hollywood film industry identified stars who would be successful in movies and developed exclusive contractual systems to monopolize these stars. Actors, who signed exclusive contracts with a particular film studio, were able to appear only in the films produced by that film studio and were required to take part in various activities to promote their films (Gomery 1986). This allowed Hollywood to vertically control stars through contracts tied to the major studios that both managed and promoted stars. By vertically integrating all aspects of the film’s production, distribution, and screening,[1] Hollywood organized its workforce—including directors, writers, staff, and stars—into what is called the “studio system” (ibid.). By the end of the 1920s, eight major studios (Paramount, Loews, 20th Century Fox, Warner Brothers, RKO, Universal, Columbia, and United Artists) dominated the film industry. After 1948 when the US Supreme Court ruled that the movie studio’s ownership of their own cinemas violated antitrust legislation, the studio system was dismantled. Since then, Hollywood has developed independent talent agencies or free agents that broker or represent stars. Finally, by the 1960s, Hollywood stars had become completely independent from the studios.

The jimusho are responsible for performer creation, management, and overall production. Despite their small size and limited access to capital, they exert strong control over the entertainment market, even compared with other firms in the industry. This jimusho power often stems from less-than-transparent characteristics of their business—from secretive organization into larger keiretsu structures as well as strong control over their performers and associated copyrights. Their organizational power allows jimusho to direct performers’ careers completely, and, in pursuit of profit, they maximize entertainers’ incomes through a wide variety of activities, most deeply focused on product sponsorship.

Scholarship on the Japanese jimusho system has emphasized several distinct characteristics important to the organization of the entertainment industry in Japan (Aoyagi 2005; Marx 2012). First, Japanese jimusho are linked to each other through keiretsu, which are informal groups with interlocking business relationships. Usually smaller jimusho are affiliated with a larger jimusho in the keiretsu. Under this relationship, smaller jimusho establish a connection with the parent jimusho that supports their entertainers’ careers using its vast power and network. Often, copyright for artists is controlled by the parent jimusho. A majority of Japanese entertainers only interact with their jimusho and are mostly unaware of the keiretsu relationship (Marx 2012, 38–39).

Second, jimusho are exclusively focused on the production and promotion of idols and tarento. Since the most important channels for media content distribution are the commercial broadcasting companies, which are regulated by the government, they are prevented from vertically integrating production, distribution, and exhibition. As a result, the jimusho are highly dependent on the commercial broadcasting companies to cast and promote their performers.

Third, the idols and tarento produced by the jimusho rely on cross-media promotion. Japanese performers are expected to work as both as singers and actors (either as part of a group or individually) in order to maximize media exposure (Galbraith and Karlin 2012). Since the 1970s, the Japanese television industry has emphasized the production of low-cost media content, such as variety programs featuring idols, comedians, and other tarento (Lukács 2010, 29–57). Through their wide exposure across multiple media platforms, Japanese performers invite opportunities to promote themselves and the products of their sponsors.

As will be discussed below in the case of the K-pop group Kara, the Japanese jimusho system shares much in common with the talent agencies known as kihaeksa in South Korea. Shin and Kim (2013) consider the role of kihaeksa as the key factor in K-pop’s success.[2] K-pop refers to South Korean popular music that has gained popularity outside Korea’s borders, in particular a style of dance music centered on idols. Previous research on K-pop has focused on consumers’ curiosity about Korean culture, support from the Korean government, and the global distribution of Korean content via the internet. In the last five years, major Korean kihaeksa have begun to produce other forms of media content, such as television dramas and movies. Often kihaeksa rely on production investments, but it is also common for them to produce media content directly by merging with existing production companies. In this way, it is not difficult to integrate celebrities into media content and thereby circulate and promote their idols and entertainers.

The Japanese jimusho and Korean kihaeksa sometimes collaborate across borders. Hallyu, the so-called “Korean Wave,” is a term that generally refers to South Korean cultural products (i.e., television dramas, film, and pop music) that have gained popularity outside Korea’s borders. The girl idol group Kara is an intriguing example of a jimusho and kihaeksa collaboration. Kara first debuted in Korea in March 2007, the same year that JYP’s Wonder Girls and SM’s Girls’ Generation also made their debut in Korea.[3] The kihaeksa that produced Kara, DSP Media, was SM Entertainment’s greatest rival until the 1990s, but things changed drastically in the 2000s. The solo female singer BoA’s successful debut in Japan and the male idol TVXQ’s huge success in the early 2000s made SM Entertainment the number one player in the market, while JYP Entertainment and YG Entertainment emerged as competitors. Kara was intended to reclaim DSP Media’s former glory and targeted the audience of SM Entertainment’s Girls’ Generation. Kara gained popularity in South Korea by portraying characters that were more casual and vulgar than Girls’ Generation.

Universal Sigma’s marketing strategy for Kara was to highlight the group’s difference from other Japanese female idol groups. Unlike Japanese female idols, who accentuate their cuteness and immaturity, Kara projected a more mature sex appeal. This strategy appealed to young women in Japan, who embraced Kara’s combination of female empowerment and femininity as role models. Whereas the main fan base for Japanese female idols was adult males, Kara extended this fan base to include young women.[4] Nonetheless, Kara was also popular with Japanese men. In the 2011 drama Urakara, Kara members played Korean women who fall in love with Japanese men. Here, they were portrayed as objects of Japanese men’s erotic desires and role models of femininity for Japanese women.[5]

In 2012, Kara was selected as one of the “100 Favorite Stars of Japanese” on the Nippon TV program STAR☆DRAFT and was the only Korean idol group or solo artist to be named in the rankings. In the same year, Kara was also the first Korean idol group to hold a solo performance at the Tokyo Dome. At this time, Kara were the most popular Korean idols, appearing as fashion models in Japanese magazines and drawing the attention of advertisers with their “fashionista” image. An English newspaper article described the phenomenon of Kara in Japan with the headline “K-Pop Takes on the World While J-Pop Stays Home” (Brasor 2011). Kara demonstrated the success of K-pop’s aggressive, export-oriented policy, whereas Japanese artists and their jimusho focused exclusively on the Japanese domestic market.

However, considering Kara’s earnings distribution, one might question who profited the most from Kara’s success. As much as 84% of Kara’s earnings went to Universal Japan, 8% to Universal Sigma, and only 8% to DSP Media. Kara’s members had to share the remaining 8% with DSP Media. How might we explain this slanted income distribution that benefited Japanese jimusho the most? The Japanese cultural industry is based on promoting idols because its music market is second in size only to that of the United States. Its idols have been promoted since the 1970s through a media mix of television, music, magazines, live performances, and promotional events. In the Korean idol system, which has been modeled on the Japanese idol marketing system since the 1990s, the primary idol distribution channels have been limited to promotional events and advertisements, depending on their relative popularity in the media (Lee 2010, 240–76). In other words, appearing across various media is part of the production process aimed at commercializing and marketing the images of idols in Japan. In the Japanese system, idols and tarento are not free agents but are dependent upon jimusho for their patronage.

What explains the popularity of K-pop groups like Kara in Japan is not merely their enthusiastic fans, but rather the willingness of Korean kihaeksa to license K-pop artists to Japanese record labels and jimusho in return for access to the more lucrative Japanese market. The more popular K-pop becomes, the more Japanese jimusho agents visit Korea to recruit new stars. The Korean Wave of K-pop artists only became possible as a result of the aggressive transnational expansion of the Korean kihaeksa and the strict exercise of control over distribution and promotion by the Japanese jimusho.

The exploitative work conditions and low wages were an important factor in the disputes between DSP Media and Kara members in 2011 that led to the group disbanding in 2016. The group’s members had become dissatisfied with the intense labor required of them and the low incomes they received relative to their popularity. The Korean press continues to regard this exploitation as a possible threat to Korea’s national brand. Epstein and Turnbull reject this view and posit that the Kara case highlighted a pervasive labor issue in the Korean idol system (2014, 314–15). However, the discussion herein has sought to emphasize the need to view the Kara case as a labor issue within the transnational idol system. Moreover, this problem is not limited to Kara. As K-pop grows in popularity around the world, Korea SM Entertainment’s disbandment of TVXQ in 2009 and the dissolution of JYP’s Wonder Girls in 2017 has raised concerns about the exploitation of these groups by kihaeksa. When viewed from a global perspective, the success of K-pop is remarkable.[6] However, behind the flashy styles and catchy hooks, talent agencies are extracting profits from the labor of artists in the global circulation of popular culture.

Kim, Yeran. 2011. “Idol Republic: The Global Emergence of Girl Industries and the Commercialization of Girl Bodies.” Journal of Gender Studies 20, no. 4: 333–45. 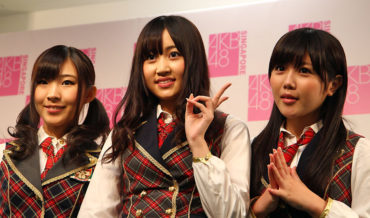