Japanese Media and Popular Culture
About

This site is the result of a collaboration between the University of Tokyo’s Interfaculty Initiative in Information Studies / Graduate School of Interdisciplinary Information Studies and the Kadokawa Culture Promotion Foundation, which supported three years of summer programs from 2014 to 2016. For two intensive weeks each summer, graduate students from around the world gathered to explore shared research interests in Japanese media and popular culture. It was here that this initiative evolved by bringing in top researchers as guest lecturers, engaging in fieldwork, and working to bridge gaps between English-language and Japanese-language scholarship. This bridge-building activity invigorated a network of summer program participants, many of whom contributed to this initiative.

To facilitate this collaboration, it was first necessary to share a common language (ie. key concepts), which required establishing a lexicon of theoretical and analytical terms for discussing Japanese media and popular culture. This meant introducing key concepts not only from media, communications, and cultural studies, but also key concepts that have emerged out of studies of Japanese culture. Like Raymond Williams’ Keywords: A Vocabulary of Culture and Society (1976), this site is organized as a reference work and alphabetical series of essays on important key concepts. These short essays, or what we call “keywords,” define a concept and ground it in a discussion of a star, celebrity, talent, creator or character from Japanese media or popular culture. We were inspired by, for example, Marc Steinberg’s Anime’s Media Mix: Franchising Toys and Characters in Japan (2012) using the case of the character Astro Boy moving across media and material forms in the 1960s to introduce the concept of the “media mix.” The keywords essays presented here are shorter, more self-contained and includes a brief review of relevant literature on the key concept. Each is written without the assumption that the reader will be familiar with the key concept or the case study, both of which are thoroughly explained and contextualized. Not only does this make Japanese media and popular culture accessible to experts outside of Japanese Studies, but also facilitates discussion in the classroom, which is grounded in the case study, but opens out into other cases brought together by a shared theoretical perspective.

Although this initiative is a resource for understanding Japanese media and popular culture through some of the most important and interesting celebrities and characters in recent years, the aim is ultimately not to catalogue these case studies or learn about “things Japanese” or “Japan.” There are already many edited volumes on Japanese popular culture that fulfill such needs. Reviewing this already vast literature, it often feels like these volumes bring together chapters that each focus on a different object, activity or aspect of Japan. These often read like surveys of what is happening in Japan “right now,” which might be why they are displaced by the next volume and set of objects every few years. The limitation, as we see it, is the tight focus on objects, which is useful for learning about Japanese media and popular culture, but what else? The objects must always be “up to date,” because there is nothing more. As a response to this culture-centered approach, we advocate the alternative of teaching essential keywords from media, communication, and cultural studies. For example, students might be learning about the keyword “spectacle” through the case study of actress Ayase Haruka. This essay is only “dated,” however, if students are in class to learn about Ayase, which we propose they are not. If the goal is merely the study of Japan, then the essay does not necessarily age, because “spectacle” remains an important concept for students and researchers. This is why an essay, such as the one described, can sit alongside others pairing Ishihara Yūjirō and “paratext,” or Ishihara Shintarō and “moral panic.” These culturally-specific and/or historical case studies are from decades ago, but are still relevant as a means of teaching about media in the classroom.

Thus, behind this dual organization of “keywords” and “case studies” is our hope to entice readers to think critically about the gap between them without naturalizing the conceptual or essentializing the empirical—to forge a new dialogue in the space of this gap beyond mere exemplification or application. Here it is useful to recall the critique of naïve empiricist epistemology put forward by anthropologist Michel-Rolph Trouillot. Like Trouillot, we refuse to see the cases under examination as fetishized empirical facts, more or less current, more or less outdated, as if they already and independently exist “out there” in the world of media and popular culture only to be offered up for the scholarly gaze of the privileged few, if not also to be made appealing to the gaze of eager fans and curious consumers. Each of the essays in this initiative indexes a concept whose pragmatic effectiveness depends on how carefully it is “framed” or “conceptualized” as the “object of study.” Our dual organization of conceptual keywords and case studies is intended to invite readers to bridge the necessary gap between them, not to erase it, but rather to dwell on it.

We hope that this initiative will push for and promote more critical engagements with Japanese media and popular culture in the classroom and beyond. Despite our best efforts, not every keyword has been included in this initiative, and more are appearing in our fields every year. Despite already containing over 50 keyword essays, this is not an exhaustive list, dictionary, or encyclopedia. Indeed, it was never intended to be. Rather, it is full of gaps, even as it opens gaps in dialogue between concepts and case studies. The initiative is an open invitation to inhabit those gaps and think critically through them—to think concepts and case studies together and differently. And perhaps even propose your own keywords. 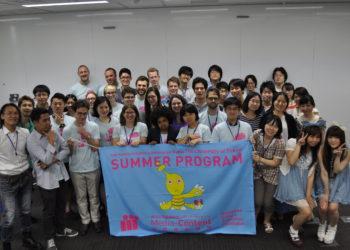 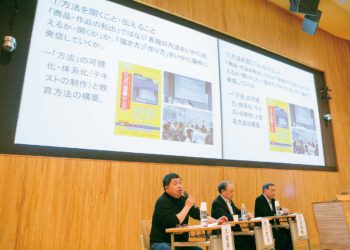