The Academy of Contents Tourism was established in Japan in 2011. In recent years, scholars have begun to employ the term “contents tourism” to encompass various tourist activities prompted by fans of particular media contents (Okamoto 2015). This interdisciplinary academic community seeks to analyze the tourist activities of fans who visit real-world locations depicted within film, anime, novels, manga, and other media, as well as make practical proposals to actors involved in these practices. The establishment of a new academic society reflects heightened social interest in its field of study, and indeed, “fan pilgrimage” spurred by media contents has become more conspicuous in Japan since the 2000s.[1] Fan pilgrims do not merely consume media contents but create a “new sense of place” in the process (Sandvoss 2005, 57).

The growing prominence of content-driven fan pilgrimage makes it increasingly important to the discussion of contemporary Japanese media culture. Fan pilgrimage is a social practice arising from the intertextuality of the depiction of particular locations within media contents, the political-economic system within which works are produced and consumed, and the nature of secondary media texts that circulate around primary works. Elucidating the nature of fan pilgrimage thus deepens our understanding of the complex state of contemporary media culture.

Mark Duffett argues that “in fan tourism the media text is always the first point that guides fan-tourists’ interpretations and valorizes those places for them” (2013, 227). To put it differently, how fan pilgrims experience places is prestructured through the arrangement of the media text around which various social practices are organized. John Urry’s concept of the “tourist gaze” is a useful point of departure for thinking about the nature of this kind of fan pilgrimage. Urry’s framework organizes tourist experiences that are constructed through various media representations of tourist sites (Urry 1990; Urry and Larsen 2011). Media transforms tourist sites into symbols that tourists interact with when they visit destinations. Accordingly, Urry argues that understanding the tourist experience requires that we analyze the construction of the “tourist gaze” through which places are interpreted.

For example, tourists worldwide commonly purchase the local edition of a popular guidebook series before traveling in order to study up on a destination in advance. These tourists follow prearranged scripts as they visit typical spots, pose, and take photos in front of iconic scenery. Furthermore, in contemporary society, the tourist gaze is constituted from the aggregate of information that circulates not only in commercially produced guidebooks but also through the internet and various other mediums. Urry and Larsen argue, “In postmodernity, tourists are constantly folded into a world of texts and images, books, magazines, paintings, postcards, ads, soap operas, movies, video games, music videos and so on—when gazing in and upon places. With the tourist gaze’s widespread globalisation most places are ‘on the move’ and ‘connected’ through a circuit of images” (2011, 116).

Similarly, fan pilgrimage is an activity in which tourists visit places that have been symbolized through media contents, and in that sense, it constitutes a part of the “widespread globalization” of the tourist gaze. Of course, as Matt Hills writes, fans pilgrims do not simply vicariously experience the images presented within the text, they also engage in a process of constructing a new affective relationship with the work in a concrete place and space (2002, 148–49). Insofar as fan pilgrimage is an opportunity to proactively rearrange a work’s precreated structure of meaning, it cannot be fully understood solely through the framework of the tourist gaze. However, such rearrangement first requires an already existing structure of meaning, and thus the process of the tourist gaze’s formation is crucial to the analysis of fan pilgrimage. We will analyze how the tourist gaze toward pilgrimage sites is constructed within specific contexts.

Crucially, the analysis should focus not only on how actual places are represented within media contents but also on the circulation of various secondary and tertiary texts related to the depicted places. The notion of secondary and tertiary texts referred to here was proposed by John Fiske in 1987. Fiske defines secondary texts as magazines, advertisements, and other products intended to publicize the primary text, and he defines tertiary texts as audience-generated comments and fan fiction that refer to the primary work. Fiske’s emphasis on the interrelationship between these different texts can be usefully applied to an analysis of the tourist gaze as it is constructed through fan pilgrimage, because many aspects of how pilgrimage sites are experienced cannot be ascertained from the primary text alone, even when closely scrutinized.

We cannot pinpoint the precise origin of fan pilgrimages in Japan. However, a continuity exists between practices that began during the 1970s and 1980s and contemporary media culture. During this period, the film industry transitioned from a model of recouping production costs through box-office revenue to an emphasis on sales of various film-related products, promoting a transmedia corporate strategy that remains widespread today and resulting in the commercialization of secondary texts indicating pilgrimage sites. It was the president of the Kadokawa publishing company at the time, Kadokawa Haruki, who spearheaded this structural transformation of Japan’s media industry.

In the 1970s, the Japanese film industry went through a period of major disruption. At the start of the decade, Nikkatsu, one of the five largest Japanese film studios, suspended film production, while Daiei, another of the big five, went bankrupt. Faced with an aggressive Hollywood juggernaut that released blockbuster films such as Jaws, in 1975 the returns from Japanese films dropped below 50% of total box-office revenues.[2] Even as the outlook for the Japanese film industry worsened, Kadokawa Haruki decided to enter the film production business with the intention of adapting the company’s published materials into films. From Kadokawa’s perspective, making films was a means to accomplish his primary goal of boosting his company’s book and magazine sales. In other words, Kadokawa’s model for recovering film production costs did not depend on the box-office proceeds alone but rather aimed to develop multiple income streams through other product channels. Around the same time, Hollywood was also beginning to recoup the enormous production costs of blockbuster films through wide releases and various secondary and tertiary uses of content (Epstein 2005). Kadokawa’s first film release was an adaptation of The Inugami Family, a novel by Yokomizo Seishi published by Kadokawa. The film was noted for having spent more money on promotion than on the production itself. Simultaneous with the release, Kadokawa held a fair focused on Yokomizo’s works, which went on to become bestsellers. Known today as the Japanese “media mix,” this method of developing synergistic relations between published goods and films became synonymous with Kadokawa Haruki.

It can be said that Kadokawa commercialized every area related to films, extending to “behind-the-scenes” information about the film production. For example, Variety magazine, established in 1977 (and unrelated to the American magazine of the same name), followed up the announcement of each Kadokawa production with detailed information in every issue. Kadokawa had conceived of this sort of information dissemination from the moment his company entered the film business. Specifically, he also sought to publish books about the film production process. Of course, the commercialization of behind-the-scenes information has a long history, but until Kadokawa, film companies would present such information alongside promotions in other companies’ magazines. In contrast, the Kadokawa publishing company was the publisher of the magazines and books in which Kadokawa films’ behind-the-scenes information appeared. In other words, what made the media mix of Kadokawa Pictures Inc. different from its antecedents is the way the producer of the primary text also owned the platform on which secondary texts related to the films were disseminated.

This thorough commercialization of films spurred fans to make pilgrimages to production locations. In the case of the 1983 film The Girl Who Leapt Through Time (Toki wo kakeru shōjo), directed by Nobuhiko Ōbayashi and starring Tomoyo Harada, Variety created hype for the release by publishing “comprehensive production notes” that detailed where and when every scene was filmed, as well as Harada’s mood and appearance at the time. Large numbers of fans made use of this commercialized information to scour the film locations in Onomichi, not only vicariously experiencing the story world but also reliving the production process.[3] In essence, this example illustrates the formation of a dualistic tourist gaze that not only reads the narrative world into an actual place but also deciphers from the actual place itself the process by which the narrative world was produced.

Moreover, for director Nobuhiko Ōbayashi’s 1984 production The Island Closest to Heaven (Tengoku ni ichiban chikai shima)—which also starred Tomoyo Harada—Kadokawa explicitly commercialized the fan pilgrimage itself. Ordinary people could not easily visit the filming locations in New Caledonia, so Kadokawa planned tours to New Caledonia through its sister company Kadokawa Travel Services in order to satisfy fans’ demands for pilgrimages. A “making-of” video was also put on sale on the relatively new medium of VHS, allowing people to more vividly experience the filming process. Even more thoroughly than in The Girl Who Leapt Through Time, Kadokawa produced a dualistic tourist gaze toward filming locations.

In this way, Kadokawa Haruki’s film productions were closely tied to tourism. The National Railways’ “Discover Japan” tourist campaign formed a natural backdrop to Kadokawa’s first film, The Inugami Family (Ingugami-ke no ichizoku; 1976).[4] “Discover Japan” was a campaign to encourage railway travel that used traditional places to appeal to a sense of Japanese identity, and led to a (re)discovery of various areas of the country as tourist destinations (Ivy 1995, 34). The consequent popularity of all things “Japanese” led to heightened interest in Yokomizo Seishi’s folkloric worldview and spurred the film adaptation of The Inugami Family (Nakagawa 2014, 33). This example illustrates why it is important to examine the broader context of contents tourism when analyzing fan pilgrimage.

Methods of commercializing fan pilgrimages are now practiced industrywide. Film and anime productions since the 1990s have increasingly adopted a “production committee system.” In this system, rather than a single company undertaking a film production alone, the committee leverages the use of various rights associated with the content to assemble capital for production from numerous actors, thereby reducing the risk assumed by any one company (Deguchi, Tanaka, and Koide 2009). This system has resulted in diversified business around usage rights for media contents, leading to a quantitative increase in associated products and texts, as well as transindustry collaboration with others, such as travel companies. In addition, Japan’s first film commission was established in 2000 and was followed by the founding of the Japan Film Commission Promotion Council in 2001. Film commissions promote famous and unusual local locations for filming, while proactively assisting filming preparations. This helps to increase the appeal of filming locations and also encourages fan pilgrimages. Moreover, local governments now run campaigns to promote fan pilgrimage as part of their community revitalization efforts, while the national government views pilgrimage as a valuable means of attracting foreign tourists.

This heightened interest in the connection between anime content and fan pilgrimage has become especially evident in recent years. Tourist activities driven by anime content expanded after the early 1990s in Japan (Okamoto 2015, 51), but it also has been reinforced by the system of anime production in recent years. More and more works use contemporary Japanese everyday life as their backdrop, and the high-output business model of the contemporary anime industry makes it essential to keep the production costs of each work down by tracing scenery from places in the real world, rather than creating new and original narrative worlds from scratch. This situation has resulted in fans visiting the real-world places (Okamoto 2013, 50). As Duffett astutely observes, “fans are not just textual poachers, but textual roamers who go on symbolic pilgrimages that create new social interactions” (2013, 226).

Brooker, Will. 2007. “Everywhere and Nowhere: Vancouver, Fan Pilgrimage and the Urban Imaginary.” International Journal of Cultural Studies 10, no. 4: 423–44. 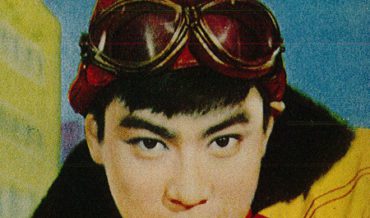