Media events are a genre of extraordinary television broadcasting that capture the attention of an enormous audience for a short period of time. In Media Events: The Live Broadcasting of History (1992), Daniel Dayan and Elihu Katz analyze the specific audience experience and effects generated by this genre. Dayan and Katz characterize the genre in terms of its syntactic, semantic, and pragmatic elements. Syntactically, they identify the “grammar” of media event broadcasts, specifically how the broadcast is announced and preplanned in advance and how it is carried out live as an event, organized outside of the media, that interrupts the regular programing schedule.[1] Semantically, the fact of the broadcast itself indicates the historic nature of the event. Television affirms, shares, and amplifies the event’s significance, presenting it to the audience with an aura of ceremonial reverence. Pragmatically, Dayan and Katz discuss how audiences react to media events. Media event broadcasts enthrall extremely large audiences, as people become convinced that the event must be witnessed live and go so far as to change their ordinary schedule or viewing habits in order to see it.

This chapter will discuss the wedding procession of the Japanese crown prince and princess that has been described as “postwar Japan’s greatest media event” (Yoshimi 2002a, 268), along with the related media frenzy surrounding the image of Crown Princess Michiko Shōda. On November 27, 1958, the Imperial Household Agency officially announced the marriage between Crown Prince Akihito and Michiko Shōda, the daughter of the president of Nisshin Flour Milling Company. Prior to the announcement, newspaper reporters had already zeroed in on Michiko Shōda and were quietly gathering information, but the newspapers had made a gentlemen’s agreement with the Imperial Household Agency to withhold stories until the official announcement. In return, the newspaper association demanded a press conference with the crown prince and his fiancé. However, a weekly tabloid magazine not party to the agreement published a scoop before the announcement, setting off a frenzy among the mass media over the soon-to-be crown princess that continued until the following year’s wedding ceremony.[2]

Per the traditions of the imperial family, the wedding ceremony was to be conducted in Shinto style at the Kashiko-dokoro Shrine on the Imperial Palace grounds on April 10. The procession itself was not actually a central part of the wedding ceremony but took place after the ceremony as the crown prince and princess returned to their residence. Nonetheless, the media declared the fifty minutes from 2:30 to 3:20 p.m. to be the biggest event of the day. The three television broadcast networks deployed all the live broadcasting resources at their disposal, laying down rails for moving cameras, outfitting helicopters for aerial photography, and equipping crews with the latest portable cameras.

Along with “contests” and “conquests,” Dayan and Katz define “coronations” as one of the three “scripts” of media events.[3] Coronations include not only monarchic events but any rites of passage that affirm continuity and traditional authority. Dayan and Katz write, “coronations act as reminders of a time when authority was anchored in tradition” (1992, 44). Because it was part of an event adhering to imperial traditions, the Japanese wedding procession may be classified as a “coronation” media event that enacts traditional authority. Each of the three networks broadcast special programs to commemorate the wedding in the lead-up to and wake of April 10. The stations devoted nearly their entire schedules on the day of the ceremony to related programing, headlined by the live broadcast of the procession from before 2:00 p.m. until before 4:00 p.m. While 530,000 spectators were estimated to have lined the procession route, 15 million watched the television broadcasts. The procession itself was narrated by uncritical newscasters in a cheery and familiar manner consistent with the joyous significance of the event. Occurrences that undermined the established meaning of the event, such as when a stone was thrown at the horse carriage, were either not captured on camera or ignored by the announcers who conveyed the scene.

Regarding the audience response, Takahashi Tōru et al. (1959) conducted a survey that sampled households with televisions along the procession route. Their results indicate that a large majority of the sample (80.6%) wished to watch the procession on television even though it was taking place in the immediate vicinity. Second, the average viewing time per family was an exceptionally long ten hours and thirty-five minutes. Third, of the families that watched the procession, more than half (65.1%) viewed it together with nonfamily members, and nearly four in ten (37.7%) responded that they watched it together with people whom they did not ordinarily invite. Fourth, of those people who watched it together, 60.3% reported being completely “enthralled,” while only 26.6% indicated that they consumed the broadcast with similar feelings as other sports and entertainment programing or that they divided their attention during the broadcast. It is noteworthy that numerous commentators (such as newscasters at the time and subsequent scholars) have argued that the procession signaled the establishment of a new emperor system.[4] This view holds that “the live broadcast was the first time that Japanese felt close to the imperial family as a familiar presence” (Shiga 1990, 224) and situates the wedding procession as a turning point in the creation of a new relationship between the imperial family and the Japanese nation.

A crucial context for the wedding procession is the relationship between the media and the emperor system. After the defeat in the Second World War, the future of the emperor system itself was cast in doubt as debate over the emperor’s war responsibility led to calls for the abdication of the throne and the abolition of the imperial institution. To address this crisis, the Imperial Household Agency strategically recrafted the emperor’s image, shrewdly utilizing the mass media to remake the relationship between citizens and the emperor. Following the 1952 investiture of the crown prince, the focus of reporting on the imperial family shifted from the emperor to the crown prince. As coverage of the crown prince’s bride grew ever more intense and drew attention away from the emperor and the issue of war responsibility, those who wished to preserve the authority of the emperor under the new constitution saw an excellent chance to reform the relationship between the Japanese citizenry and the emperor (Watanabe 1990, 177–244). Accordingly, the Imperial Household Agency proactively cooperated with the media to stage the live broadcast of the procession, adding more locations for reporters along the route, permitting camera platforms to be placed in the road as well as on sidewalks, and even removing traffic signals that would impede photography.

The wedding procession enabled the organizers to fulfill their ambition of leveraging the media in order to increase public support for the imperial institution. This is only made more evident when we consider the massive amount of media coverage of Michiko Shōda that came to be known as the “Mitchi Boom” (after the crown princess’s nickname). This media exposure did not just serve to promote the event, but it also contributed to building a “liturgical context” within which the event was watched—focusing attention on the event itself, while gradually pulling people away from their ordinary interests and encouraging participation in a sacred ceremony. In this manner, the Mitchi Boom was essential to the successful reformation of the emperor system.

The Mitchi Boom swept across the entire media. Alongside television and newspapers, an important role was played by the weekly tabloids that adopted “a style that emphasized the event as a narrative [. . .] in ambiguous relation to the factual reality” (Yoshimi 2002b, 212). Amid the intense attention focused on Princess Michiko, tabloid coverage of the imperial family symbolically revolved around the narrative of the romance between the crown prince and a “commoner” (Matsushita 1959a, 1959b). This reporting furnished episodes that supported the perception that the imperial family was shedding its aloofness and building a closer relationship with the people. According to the narrative, the crown prince was said to have met the “commoner” Michiko on the tennis court, and they became engaged not through an arranged marriage but out of their own love. These sorts of details added a sense of authenticity to claims that the event heralded the beginning of a new, more “democratic” relationship between the imperial family and the nation.

Dayan and Katz emphasize that media events are extraordinary and replete with historical significance, and therefore the genre’s effects must be analyzed as distinct from those of everyday media. The effects of the media event played a decisive role in the reformation of the traditional relationship between the imperial family and the Japanese nation. To the extent that many people have cited (and continue to cite) the procession as a turning point, we may say that it succeeded in giving the impression that the emperor system had entered a new phase. Moreover, if we consider that the massive amounts of coverage prior to the event in the tabloids and other media contributed to this success, we must recognize the mass media as an important factor in preserving the imperial institution. The media event is an essential concept for considering the deeply ingrained relationship between the mass media and the emperor in Japanese society.

Gamble, Adam, and Takesato Watanabe. 2004. A Public Betrayed: An Inside Look at Japanese Media Atrocities and Their Warnings to the West. Washington, DC: Regenery. 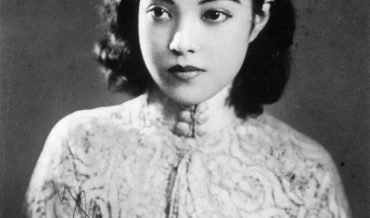 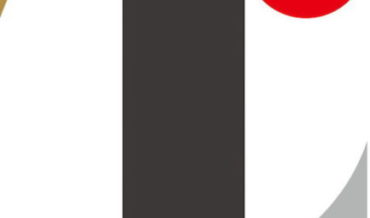 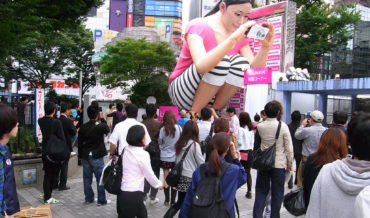